STO N SHO LLC, a California based veteran and woman owned business, was founded by Mike McKinney, a retired disabled veteran of the United States Air Force. STO N SHO LLC is currently owned and operated by Mike and his daughter, Mashell.

Mike had one goal in mind when he designed the patented (US9056590) STO N SHO® quick release front license plate bracket. Mike's goal was to create a solution for those customers who wanted to maintain the look and character of their high performance vehicle without doing permanent damage to the front of their vehicle while allowing them to comply with the laws of those states requiring a front license plate to be displayed at all times. 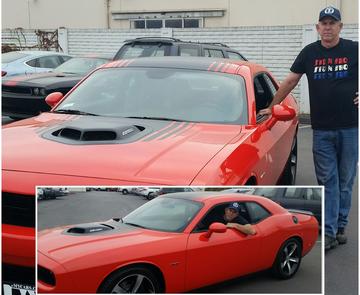 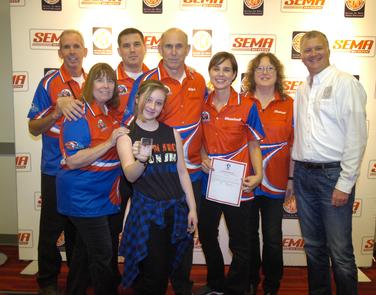 Disabled Veteran and Retired Master Sergeant from the United States Air Force, Mike McKinney started out as a mechanic at 17 years old in San Jose, CA. Mike joined the US Air Force in 1980 where he enjoyed a successful career in Law Enforcement. He traveled the globe on many missions protecting his country during his 24 years of service. He was retired from active duty in 2004 due to injuries sustained while on active duty.

Mike's love of automobiles has brought his life full circle and he now enjoys working on and fixing up cars in his spare time. Mike opened his business, Big Mikes Performance Parts, in 2012 by designing and patenting the STO N SHO® quick release front license plate bracket for one of his family members who purchased a high performance sports car. The idea quickly escalated when he noticed how many cars without front license plates were on the streets and highways and how easily adaptable the bracket was to the many cars on today's market.

Mike has always had a dream of opening a family business and Big Mike's Performance Parts was the start of that dream. Today, Mike takes great joy in working along side generations of family members ranging from his wife and younger brother all the way to his adult and teenage grandchildren.

We Give Back to Disabled Veterans and our local community

Here at STO N SHO LLC we want to give back and help other disabled veterans around the United States as well as members of our local community by donating a portion of our proceeds to a variety of both national and local charities.

We also offer a military discount for veterans and active duty servicemen and women. Call 408-776-4080 for the military promo code.

Be sure to stay in touch on social media!